Dr. Abman is Professor of Pediatrics and Director of the Pediatric Heart Lung Center (PHLC) at the University of Colorado Denver Anschutz School of Medicine and Children’s Hospital Colorado. Dr. Abman has translational research and clinical interests in neonatal lung injury, lung vascular development, bronchopulmonary dysplasia, pulmonary hypertension, and related areas. Dr. Abman founded and continues to serve as Director of the Pediatric Pulmonary Hypertension Network (PPHNet), a multicenter clinical research and care group consisting of 13 leading PH centers from throughout North America and initiated and led a joint American Heart Association/American Thoracic Society working group to establish the first joint guidelines for the care of children with pediatric pulmonary hypertension. He helped launch and serves as Executive Vice-Chairman of the BPD Collaborative, a group of multidisciplinary programs devoted to research and clinical care of infants with severe BPD. Dr. Abman has received several national awards, including the Outstanding Investigator Award from the American Academy of Pediatrics (1998), the E. Mead Johnson Award of the SPR (1999), and the Distinguished Achievement Award of the American Thoracic Society for outstanding contributions to fighting respiratory disease through research, education, patient care, and advocacy (2015). He was selected for the Mary Ellen Avery Award (2016) from the American Pediatric Society and Society for Pediatric Research and honored as recipient of the International Arvo Yllpo Medal Award (2017) from the Departments of Pediatrics of the Finnish medical schools, the Finnish Foundation Pediatric Research, the Finnish Pediatric Association and the Mannerheim League for Child Welfare. He has been active as an educator and research mentor for numerous trainees, which was recognized by the Career Teachers Scholar Award (2012) from the University of Colorado and the Maureen Andrews Mentorship Award from the SPR (2015). Dr. Abman is past President of the American Pediatric Society (2020). 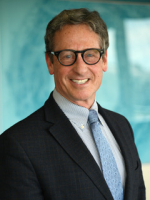