Dr Bui Stéphanie is a pediatrician, specialized in pediatric pulmonology since 2001 and director of the Pediatric Cystic Fibrosis center in the Department of Pediatrics of the University Hospital in Bordeaux, France.

She is actually MD in the paediatric CF care unit since 2001. She is also in charge of the educational program for Paediatric and adults CF patients since 2010. She is involved as medical coordinator in the regional respiratory networking and has built the tele-homecare monitoring for respiratory diseases in children and adults since 2013. Regarding the national and CF European networking, she is coordinating the inflammatory markers working groups. She has been an expert for the ANSM 2011-2015; and she is implicated in the CTN activities since 2008. She has also been involved as humanitarian MD for the Paediatrician world’s association, for CF children in Moldova 2004-2011 and for children in Calcutta India 1990. Her major achievements are Cystic Fibrosis, pharmacokinetic and pharmacodynamic, pulmonary inflammation and oxidative stress and respiratory tele-homecare monitoring. 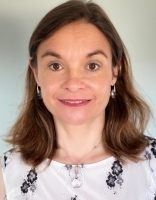 Abstracts selected for presentation will be grouped by topics, numbered and...