Savvas Andronikou (MBBCh, FCRad, FRCR, PhD (UCT), PhD(Wits)) is a pediatric radiologist at the Children’s Hospital of Philadelphia (CHOP). He holds the John Westgate Hope Endowed Chair and is Vice Chair for clinical research at CHOP radiology. He also holds honorary professorships at the University of Bristol, United Kingdom and the University of Cape Town in South Africa. Dr. Andronikou lists over 400 items under his bibliography encompassing 306 full publications (92 original papers, 49 review articles and 165 commentaries / case reports) and 100 published abstracts. He has delivered 210 invited talks at over 100 different events nationally and internationally and has been an international visiting professor multiple times. In the United Kingdom he was the ‘Royal College of Radiologist Roentgen Ray Professor’ for 2017 and regional advisor for the Royal College of Radiologists in the Severn region. He also served two terms as President of the College of Radiologists of South Africa, founded the South African Society of Paediatric Imaging and the African Society of Paediatric Imaging, and was the first Outreach Chairman of the World Federation of Paediatric Imaging. Savvas has received 15 awards including the Maurice Weinbren Award for research from the College of Radiologists of South Africa, the ‘Rector’s Award for outstanding research’ at the University of Stellenbosch, the ‘Dean’s Award’ at the University of the Witwatersrand, the DHN scholarship of the Radiological Society of North America, the Derek Harwood Nash scholarship from the Hospital for Sick Children in Toronto and Honorary Membership of the Society of Pediatric Radiology in 2013. He also was the first doctor employed as a radiologist by Medecins Sans Frontiers and he continues to volunteer as a teleradiologist for the organisation. 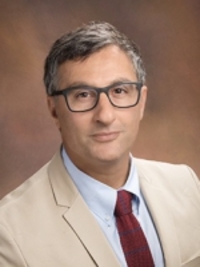