Israel Amirav is a Professor of Pediatrics at the University of Alberta, Edmonton, Canada.  He is currently doing a sabbatical at Dana-Dwek Children’s hospital in Tel Aviv Israel.
He earned his M.D degree from the Tel Aviv University in Israel and did a pediatric Pulmonology fellowship at the Children Hospital of Philadelphia. At that time, he realized the deficiency among health professionals about the science of aerosol therapy and developed a unique educational intervention for health professionals to address their need. Later on, as a clinician he identified the complexity parents face when delivering inhaled treatment to their young babies and children. Dr. Amirav has been instrumental in developing better ways to administer aerosol drugs to infants and young children. His major research contributions are in the field of interfacing between aerosol generator and the child. In that capacity he developed few innovative approaches such as a hood and later has developed the Soothermask which incorporated the infant’s own pacifier into the mask. His studies proved the efficiency of this device and it has received FDA and HC approval and being marketed in North America. His studies contributed to first time understanding of the importance of face mask in aerosol delivery. In 2001 he established the Israeli Society for aerosols in Medicine which is now an integral part of the Israeli Medical Association. Dr Amirav is an active member of ISAM and serves as an editorial member for the Journal of Aerosol Medicine and Pulmonary Drug Delivery.
Dr Amirav has recently expanded his research areas to include Primary Ciliary Dyskinesia and Global health. He has led and been involved in various international studies about PCD and other cilia-related diseases such as congenital heart diseases and mid-brain anomalies. He is frequently invited to present at international PCD meetings.
With more than 120 peer reviewed publications as his background, Prof. Amirav has recently been devoted to Global Health, particularly in searching for better ways to diagnose childhood pneumonia and reducing mortality from it. He is leading international groups in these efforts. 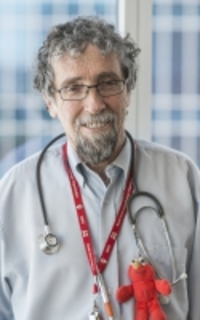